So work has begun on my modular castle.

Progress has been slow, but that really should be expected with a 12 week old pooping around the house.

A modular castle is something that I knew I would simply have to build ever since finding out we were having a little boy. I can;t imagine bringing up a boy in a house-hold where castles, dragons and fantasy in general are not a part of every day imagination.

I already had some completed towers. 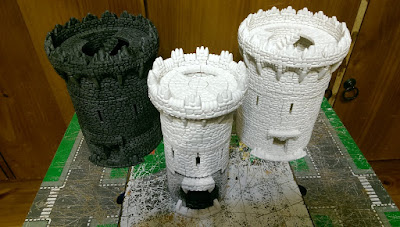 Note: Turns out you can stack towers :) 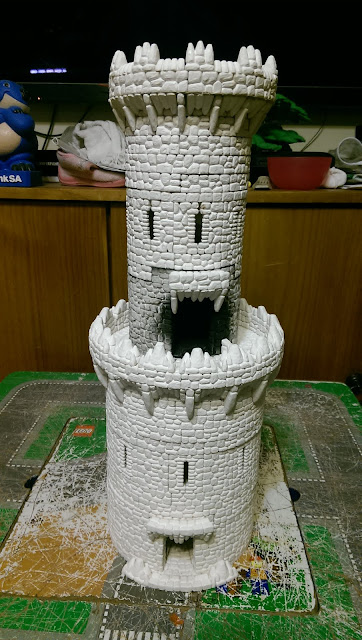 Before starting a build I always do research on what is available. Having spent countless hours pumping out bricks for the Tomb of Horrors I was keen to find something more efficient. As such I quickly purchased the Fieldstone Slab Mold #261 from Hirst Arts. This was appealing as it lets me create a huge chunk of wall in a single pour. 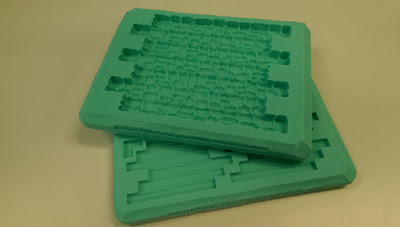 The mold arrived and I was not disappointed. Even without glue I could make a satisfying wall. With the ability to make the walls under control I started planning the build; and this is where things just did not work. I had decided on the following rules for the build:

It must be modular.
All pieces must be usable on their own (eg: towers should be usable as wizard towers)

My entire system is based on a 5"x5" grid. All of the pieces I have made to date are glued to a base and are all interchangeable. The tower molds only come in 3", 4", 6" and 8" however, which means there is no way I could glue them to a base and still have them align in a satisfying manner.

I have played this idea around in my head a million times. Nothing I thought of would work with my standard setup. As such I have started building with the idea of not gluing the walls or towers down to the base. They will be movable and I will need to have adequate bases to go underneath.

My next step was to design the walls. For this i used a program called SketchUp. I had never used this application previously but I was delighted to learn that there is a wealth of pre-fab Hirst Arts models available to play around with. It was really like digital lego! 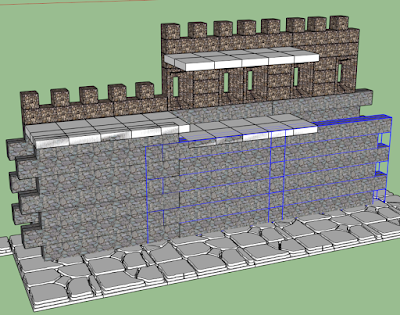 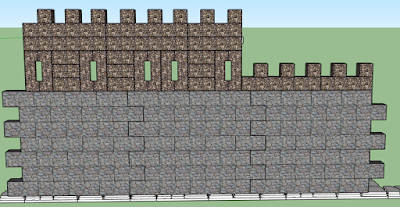 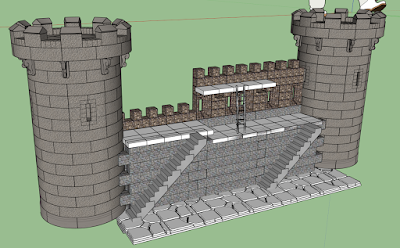 I finally decided on building the walls as 2 levels and proceed to start casting the necessary blocks. 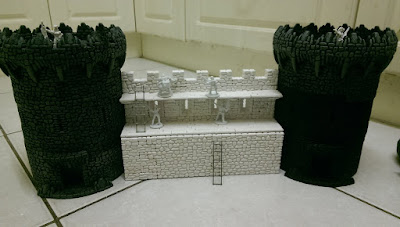 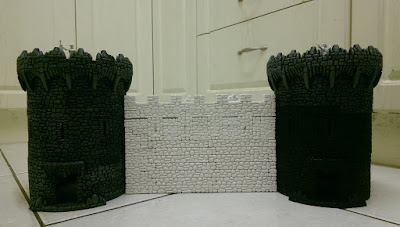 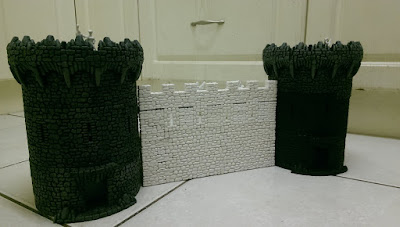 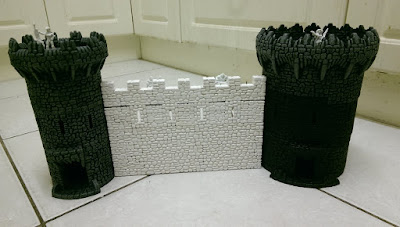 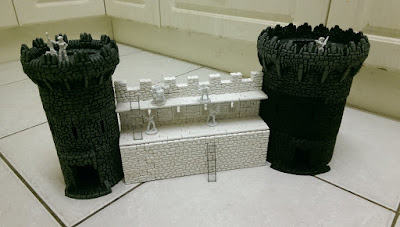 Overall I'm happy with the results. I plan on making at least 6 of these pieces which will enable me to make a fairly significant castle. Also need to make a huge gatehouse with a draw bridge.